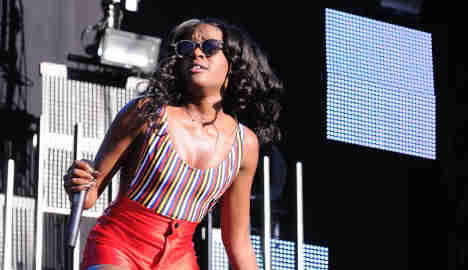 Banks has never quite managed to reach her full star potential after a series of gig cancellations worldwide and album delays, said music website Entertainment.ie.

The Harlem entertainer was set to play the annual music  festival in Tromøya, but never showed up. The festival's promoters issued a statement that read: "Due to unforeseen reasons, Azealia Banks is not going to make it to Tromøya in time. We are of course terribly sorry for this."

But fans are adamant the controversial performer shunned the Norwegian festival because of more selfish reasons.

Robin the Bo$$ on Twitter said: "The lovely ‪@AZEALIABANKS‬ cancelled her festival performance in Norway because she was too lazy to take a 4 hour drive, same day of the show"

While some fans believed "abysmal attendance" at the music festival put off the rapper at the last minute, said music website Gigwise.