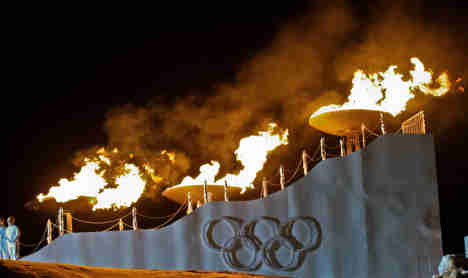 Will the Olympic flame burn for Oslo in 2022? Innsbruck Austria Olympic fire: Shutterstock

The meeting of the IOC executive board takes place in Lausanne, Switzerland. Officials are set to accept the three remaining bids from Oslo, Beijing and Almaty, Kazakhstan.

IOC executive board member Sergei Bubka told The Associated Press: ''I think the three can go through. Normally we do a short list. Maybe in this case, we don't need it.''

But Oslo's bid is by no means certain. The government has yet to give its full support to the project and has postponed making a decision until the autumn. Polls have shown that more than half Norway's population is against the Winter Games being held in Oslo.

Also on the agenda for the three-day meeting is an update on Rio de Janeiro's behind schedule preparations for the 2016 Olympics, possible venue changes for the 2020 Tokyo Games and a review of IOC President Thomas Bach's plans for the future of the Olympic movement, reports Reuters.