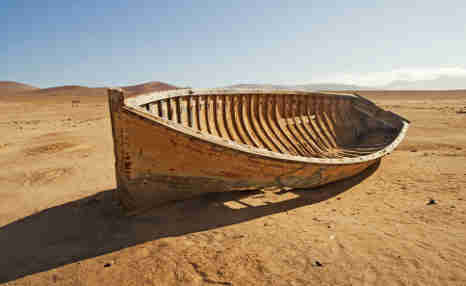 The thirty-something male was forced to call for help after awaking to discover he had been left by his friend on Hastein island, west of Tungenes, in the sea outside of Stavanger.

Luckily, the local sea-rescue vessel, aptly named SRK "Sjømann" ("Seaman"), turned up to take him from the island and back to land.

Nils-Ole Sunde, the rescue leader on guard, said to Stavanger Aftenblad, that the man was found wet, cold and without food or drink. The two 'friends' had gone to the island by boat on Thursday.

No motive has as yet been given for the friend's desertion, but with a friend like this, … !