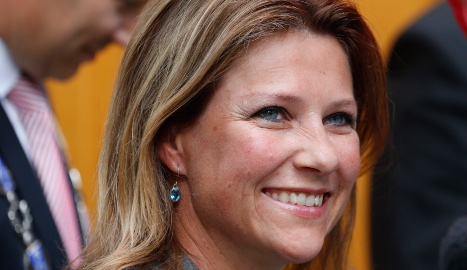 The Norwegian princess will help psychic superstar Lisa Williams during her Oslo show this autumn. The UK psychic claims she can contact the dead during her live stage shows, including the deceased relatives of her audience.

Williams entertains sell-out crowds around the world, and this is not the only time Princess Märtha Louise has joined the psychic as a guest. It is however the first time the Princess has decided to go on-stage and participate in one of Williams' mass seances.

The Princess will help Williams in her attempts to contact the dead during a show to be held in Oslo in September 2014. Tickets cost 1,540 kroner each.

Lisa Williams expressed her admiration for the Norwegian princess on the website Side 2 and said: "Her focus and passion for the spiritual made the spiritual world accessible and believable for Norwegians, and has also made them open to my shows."