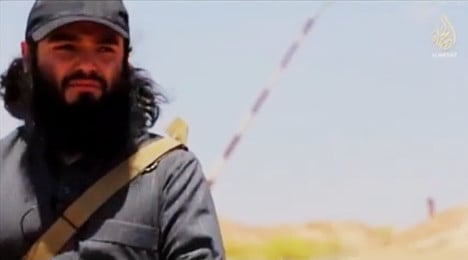 Bastian Vasquez, a 25-year-old of Chilean origin, allegedly appears in the video, said to have been produced by the Islamic State of Iraq and Syria (Isis), gloating over the fall of an Iraqi border post.

On the video, posted on liveleak.com on Sunday, the man states that Isis had taken the post and killed several Iraqi soldiers.

"The PST has decided to investigate Bastian Vasquez in relation to the published footage," Norway's police security service (PST) said on Twitter.

In 2012, Vasquez was accused of making threats against the Norwegian royal family and former prime minister Jens Stoltenberg in another video.

After he did not show up for his trial, Norway launched an international hunt for him with the PST suspecting he could have gone to Syria.

The police security service told Norwegian newspaper Dagbladet that Vasquez, alias Abu Safiyyah or Mohammad Jundullah, is charged with participation in or support of a terrorist organization.

It is unclear whether Vasquez is an active fighter or carries out other tasks for Isis.

The man said to be Vasquez in the video is shown at a deserted border post amid burnt-out patrol cars.

"We killed most of them, some of them ran off and we took a lot of prisoners," he says in broken English.

"They are nothing but cowards, they only run away, the Iraqi army."

The footage also showed between ten and 20 hostages — apparently Shia Muslims — taken by Isis, and the moment Vasquez blew up a building he said used to house a police station.

According to the PST, at least 40 to 50 people with links to Norway have fought or are currently fighting in Syria with forces opposed to the Bashar al-Assad regime.

In Syria, Isis — which now calls itself the Islamic State — is fought by other rebel groups which accuse it of seeking hegemonic power and of committing atrocities against civilians, pacifist activists and other rebels. 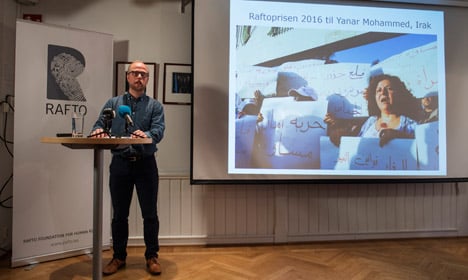 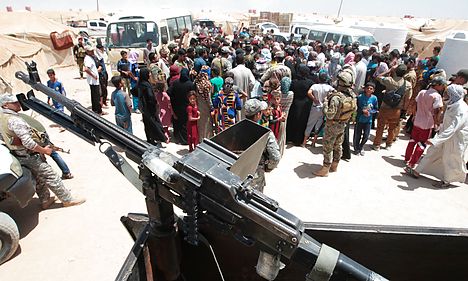 IRAQ
Norway NGO warns Fallujah faces ‘disaster’
Hussein Abbas on the front line in Iraq. Photo: Screen grab from TV2 report
Norwegian journalists interviewed Hussein Abbas, a Norwegian citizen from Sagerne, Oslo, on the front line in Iraq, where he was fighting as part of the Shia militia led by his father, Abbas al-Asadi.
“Why did you come here?” TV2 journalists asked the boy.  “To wage jihad,” he replied boldly.
“Aren’t you afraid of IS,” they continued. ”No,” he said.
According to the boy’s father, the whole family moved to Syria from Norway two years ago, after which they relocated to Iraq on the orders of religious leaders.
"I have Norwegian citizenship. I came here after receiving orders to participate in jihad from the highest religious leader," he told reporters.
Al-Asadi said he did not fear for his son’s life:
“Iraq stands united. We cannot think of the individual person,” he told journalists.
Joran Kallemyr, a state secretary in the Ministry of Justice told TV2 that al-Asadi risked arrest by the police should he return to Norway.
“I think it is absolutely awful. If it turns out that the parents have brought a child into a war zone and let the child become a child soldier, it's just horrid,” he said. “The police and prosecutors must decide if this is a punishable offence.”
Hussein’s 39-year old brother, who lives in Oslo, reacted emotionally to the reports.
“I knew he liked to wear military clothes, but I didn’t know he was fighting,” he told VG newspaper. “He is a child soldier, and that makes me angry at my father. I keep asking myself if the video is fake.”
Commander Per Christian Gundersen, who leads the media group at Norway’s Defence College, told VG that child soldiers were common in Iraq and Syria.
“Unfortunately, it is not uncommon in the civil wars in Syria and Iraq, but I cannot think of a similar example where young people have come from the West,” he said.
IRAQ
14-year-old Norwegian found fighting in Iraq
OIL
Statoil sells stake in Iraqi oil field to Lukoil
Url copied to clipboard!