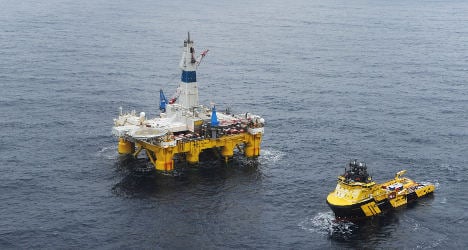 The project, named Johan Castberg, is an example of Statoil's ambitions to expand its activities to the Arctic as the North Sea production is bound to decline.

The field is located 240 kilometres (150 miles) north of the Norwegian coast and it is estimated to have between 400 and 600 million barrels of oil.

Before Monday, the expected start for operations was 2018.

Statoil, Italy's Eni and Norway's Petoro said the decision was taken after a search of the area found less new oil resources than expected.

The project includes the Skrugard and Havis fields, discovered by Statoil in 2011 and 2012 respectively.

Statoil said it was disappointed by what it discovered during "an extensive exploration campaign" designed to make the project "sufficiently viable for an expanded infrastructure".

"We have not proven enough resources in Castberg to make the field viable for supporting infrastructure, including a pipeline to shore and an onshore terminal," the Norwegian company said in a statement.

Statoil said it would spend another year to develop a floating production, storage and offloading vessel and investigate the possibility of an onshore oil terminal in Veidnes, a hamlet in the northernmost coast of Norway.