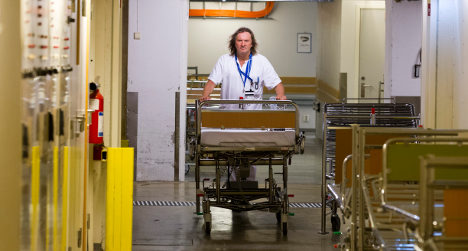 The number of Norwegians aged between 25 and 44-years-old being admitted to hospitals with their first heart attack has risen in the past four years. Over the same period, the number of acute heart attacks decreased among people over 65 years of age.

The shocking health statistics were published in a new report from Folkehelseinstituttet (Norwegian Institute of Public Health). The report also shows that more than 20 percent of those who are hit by an acute heart attack for the first time, die before they reach a hospital.

Heart attacks are Norway's leading cause of death across all age groups.

Most people being admitted to hospitals with acute heart attacks survive. Twenty-eight days after admission, 99 percent of patients under 50 years of age are still alive, while the survival rate is 97 percent for the age group 50 to 70 years and 84 percent for those above 70.

The health report arrives every fourth year and sums up the status of health in Norway.