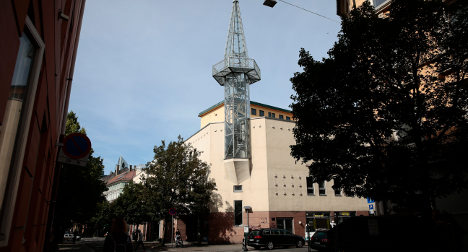 The imam was attacked in his home, close to this Oslo mosque. Photo: Håkon Mosvold Larsen / NTB scanpix.

A man has been arrested in connection with the attempted murder of imam Nehmat Ali Shah outside a mosque in Oslo earlier this month.

The arrest follows an earlier investigation after the incidentt when two men were charged by Norwegian police.

The man will be questioned by the police and will be placed on remand later this week.

The suspect is aged around 30 and a Norwegian citizen of Pakistani origin.

Egil Kulseth, leader of the Department of Violence (Voldsavsnittet) says: "The man is charged for attempted murder or contributing to it. We don't exclude the possibility for further arrests connected to the case."

The arrested man has not been assigned a defense lawyer yet.

Nehmat Ali Shah was attacked on June 17th by a masked man outside his home in Motzfeldts Gate, near the Central Jamaat-e Ahl-e Sunnat mosque. His damages were first reckoned critical, but the victim was released from the hospital the following day.

The police were on guard at the mosque during the first Friday prayer following the attempted murder. Several Muslim community members have expressed their fear of further attack follwoing the incident

The Central Jamaat Ahl-e-Sunnat community was founded in 1977 and has more than 5.000 members. It was originally a place of gatheringf or first generation immigrants from Pakistan. Today, it is the biggest Muslim community in Norway. The mosque opened up in 2006 and can hold around 2,500 persons.