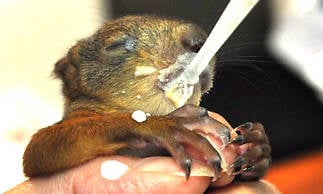 Carlos (or possibly Arne) taking some tasty milk. Photo: Nina Oppedal
Nina Oppedal, from Gressvik, south of Oslo, found the two squirrels lying abandoned in her garden, their parents nowhere to be seen.
"We had to bring them in and try and save them," she told Norway's NRK. "We read up on it, and eventually found an English website which was very good and informative and instructed us to keep them warm and give them some food."
At first, she and her husband fed the two squirrels, which they have called Arne and Carlos, with lactose free milk. But after a visit to the vet, they moved onto special formula milk designed for kittens.
"Now we have to feed them every three hours, so it gets a bit tiring," she added.
The couple had been watching the squirrel family for several weeks since discovering that the squirrels' parents had built a nest in a bird box they kept in their garden. The mother then gave birth to five young, of which Carlos and Arne appear to be the only survivors.
Once the squirrels, who are between three and four weeks old, open their eyes, Oppedal hopes she will be able to end the three-hourly feeding regime. After about two years, she and her husband hope to be able release them back into the wild.
The story was first reported in Frederiksstad Blad. 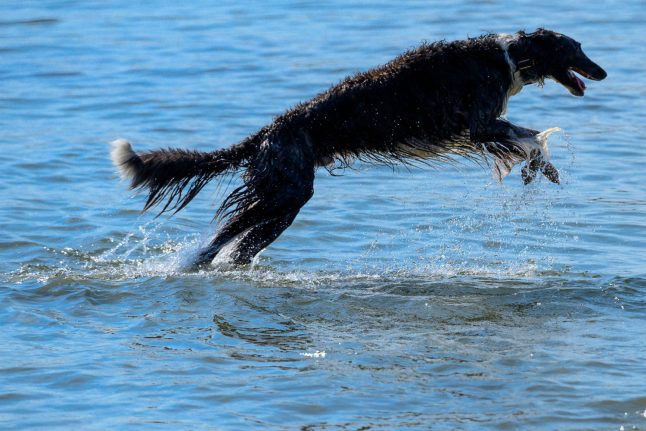 HEALTH
Norway’s dogs are being hit by a mystery illness
Url copied to clipboard!