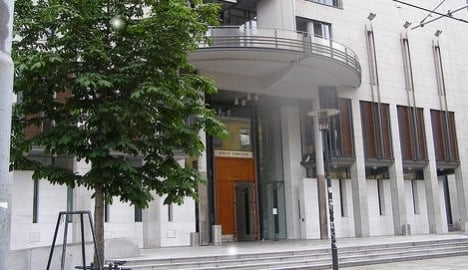 Oslo District Court. Photo: Sean Hayford O'Leary/Flickr
The man, who was singled out as a problem in early adolescence, is accused of violent assault, indecent exposure, death threats, and spitting at officers while serving a six-year sentence for rape, the country's Aftenposten newspaper reported.
The majority of the offences took place while the man was held at Ila Prison, outside Oslo, with a small number also taking place while he was held at Ringerike and Ullersmo prisons.
During one incident, the man severely threatened one of the officers while strapped to a prison bed.
"I'll come to your house and kill you and your whole family," the man told the officer. "It's no problem to find out where you live."
He hit one officer so hard in the face that he fractured his nose. He also kicked a prison nurse who was treating him in the head.
"The defendant's actions show a total lack of respect towards prison officers and the work they are required to do," the prosecution wrote in its submission to the court.
But the man's lawyer Kirsten Sigmond said that her client was responding to poor treatment by the prison authorities.
"Violence has led to isolation. Isolation has led to new violence," she told Aftenposten. "He says it is awful to sit isolated in a cell. Being placed in solitary confinement has made him disruptive and negative. It's like a vicious circle."
In 2011, the man was jailed for a series of crimes, including a rape which the Oslo District Court described as being "committed in a horrific and brutal manner".
Court psychiatrists have ruled the man sane. In previous trials, he has been diagnosed with an anti-social behaviour disorder.
The trial begins on Tuesday.