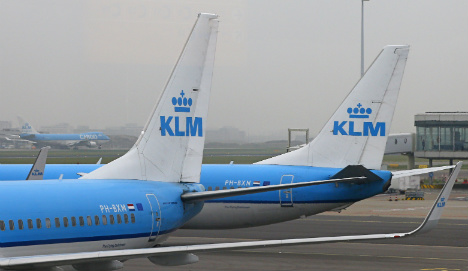 Airport workers found the lifeless body on Thursday shortly after the plane flown by national carrier KLM landed on a flight from Sandefjord, an airport near the town of Larvik in Norway.

"After investigation it was confirmed that the body was that of a 17-year-old boy from Norway," the royal Dutch gendarmerie said in a statement.

"The body is being handed back to the family," added the gendarmerie, which is responsible for border security including at airports.

Gendarmes said Thursday the victim died of a lack of oxygen and that no crime was suspected.

In Norway the mother of the teen, who had been missing since Wednesday, told local media he suffered from a form of autism.

He had gone missing once before, in September 2012, but was found unharmed 12 hours later.

"We did not expect he'd disappear (again) because he was doing very well lately," his mother said, adding she had no idea why her son climbed into an aircraft.

Norwegian civil aviation, KLM and Sandefjord airport officials were meeting Friday to probe how the teen managed to breach airport security and hide undetected in the plane's landing gear.

Airport surveillance cameras showed an unidentified individual lurking close to the plane early Thursday morning but it was impossible to tell whether it was indeed the teen.

In April, a 16-year-old boy survived a five-hour flight in the landing gear of plane from California to Hawaii.