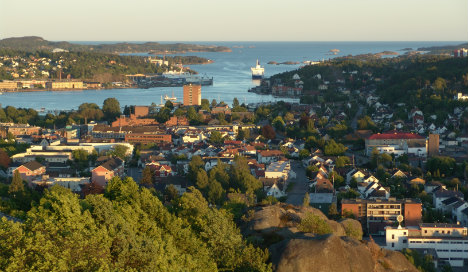 The KLM flight was travelling from Sandefjord in Norway. Photo: Wikimedia

"After the plane landed at Schiphol, a dead body was found in the space used for the right landing gear," said local police in a statement, without indicating the identity of the deceased.

"The investigation has so far shown that it does not appear to be a crime and that the victim died from lack of oxygen," he added.

The KLM plane was travelling from Sandefjord, an airport near the town of Larvik in Norway, Dutch media reported.

Norwegian police said the victim is thought to be a 17-year-old who suffered from a form of autism and lived around 20 kilometres from Sandefjord airport. He was declared missing on Wednesday night.

In April, a 16-year-old boy survived a five-hour flight in the landing gear of plane from California to Hawaii.