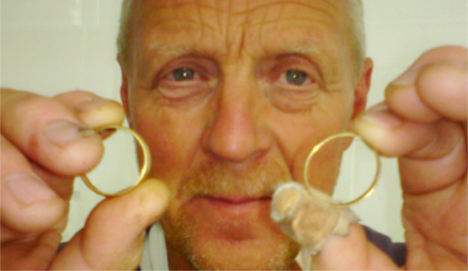 Jan Kristian Kristiansen holding up his lost and found wedding ring next to its replacement. Photo: Private
Jan Kristian Kristiansen and his wife-to-be Britt were both at work on their fields in May 1979, when he suddenly realised that the ring, a simply gold band engraved with the words 'Your Britt', had disappeared.
"The fertilizer made my fingers slippery and suddenly I discovered that gold ring was gone," he told Norway's NRK channel.
"We stopped and did of course everything to find it. But it was gone," he told the local Namdalavisa newspaper.
"I remember Britt joked that this really was something for these archaeologists to find in about a hundred years or so."
Kristiansen replaced the ring before the couple were married later that year, and the couple forgot about the whole experience.
So when he let a couple of amateur archeologists onto his farm with their metal detectors, he didn't even consider that they might find the ring.
When they found it, it was buried 15 centimetres deep. Once washed, it was in mint condition.
"Now I have two almost identical gold rings on the ring finger of my left hand. The one which has been in the soil is considerably less worn than the other. It is almost like new," he said. 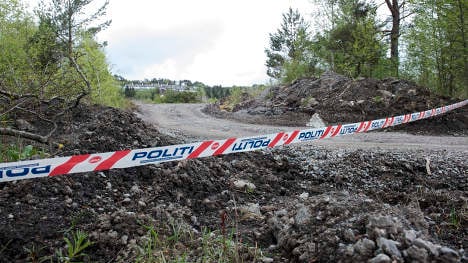