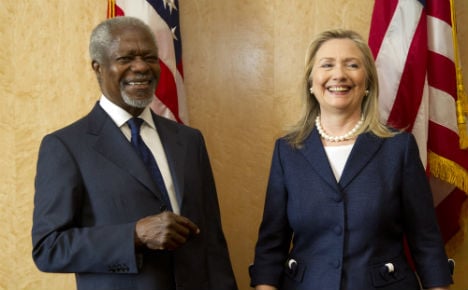 Norway is still suffering the fall-out from the Nobel committee's decision to award the prize to Chinese dissident Liu Xiaobo in 2010.

Although Norway's government had no say in the decision, China was furious. It has frozen trade talks, cancelled ministerial exchanges and greatly reduced salmon imports.

Norway has desperately tried to rebuild ties, even refusing to meet the Dalai Lama, another Nobel peace laureate, when he visited the Scandinavian country earlier this month.

The dispute has triggered a debate in Norway over how to convince the rest of the world that the Nobel committee is not an extension of the country's government.

"The committee must absolutely consider opening itself to more diverse people, including the possibility to admit foreigners," said the director of Oslo's Peace Research Institute, Kristian Berg Harpviken, who has long been a supporter of reforming the committee.

Foreign countries can certainly be forgiven for questioning the independence of the committee.

As per Alfred Nobel's instructions, members of the committee are appointed by Norway's parliament and they tend to prefer people with a background in politics.

The current head of the committee, Thorbjoern Jagland, is a former prime minister no less.

"Seasoned politicians have their place in it, but the recruitment should be expanded, firstly to have more varied competences, and secondly, to have a committee that is less of a reflection of Norwegian politics," said Harpviken.

During its 100-plus-year history, the committee has taken intermittent steps to distance itself from political power, but with mixed success.

In 1936, it barred acting ministers from serving on the committee, and in 1977 the ban was expanded to all members of parliament.

But now, an opportunity has presented itself, as three of the committee's five members, including Jagland, are up for renewal in the autumn.

The Conservative Party can choose two and the Labour group one.

The name of former UN Secretary General Kofi Annan — Nobel Peace laureate in 2001 — has come up. Former US Secretary of State Hillary Clinton and Swedish Foreign Minister Carl Bildt have also been mentioned.

"We are open to a discussion about candidates with profiles that are different from before. It could be academics or possibly foreigners."

Nevertheless, Bildt is in office and Clinton is said to have her eyes on the White House.

Critics argue that replacing Norwegian politicians with foreign politicians wouldn't do much to rectify the impression that the prize is politically motivated.

"The idea to cut ties with the political world should apply to foreigners in the same way it does to Norwegians," Harpviken said.

The conservatives will make a decision after the summer and the Labour group intend to renew Jagland, who could even remain president, although the committee's political affiliation will soon shift to the right.

"Dropping Jagland this autumn at the occasion of a partial renewal of the committee would be seen as bowing down once again to China after the episode with the Dalai Lama," said Asle Sveen, a historian specialising in the peace prize.

China is thought to be pushing for Jagland's departure. Its hand has been suspected in recent criticism of Jagland over the awarding of the peace prize to US President Barack Obama in 2009.

A former ambassador to the UN, Morten Wetland, said Obama's prize was "rather embarrassing".

The Norwegian press, normally quite critical of Jagland, are suddenly closing ranks around him, with the daily Aftenposten saying Wetland's criticism may have been orchestrated by the public relations firm he works for, on behalf of "Chinese interests".

Wetland categorically denied having been commanded by Beijing, but admitted to having companies with interests in China as clients. 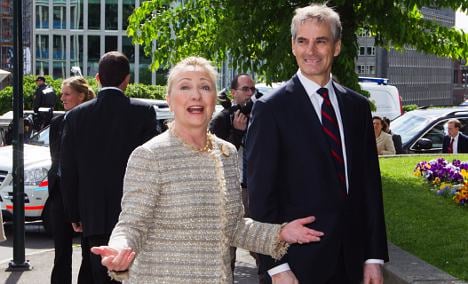 UNITED STATES
Norway teams with US in maternal health intiative 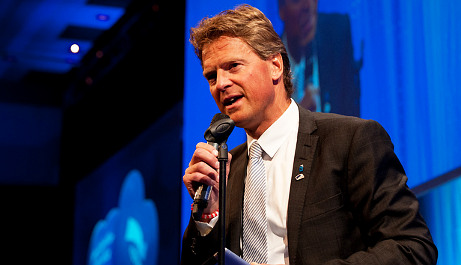