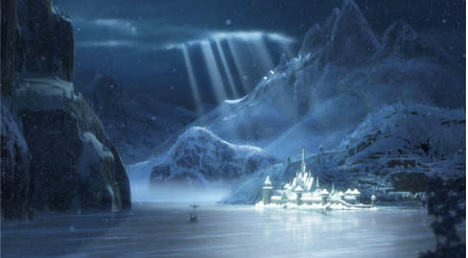 The stunning Norwegian landscape in Disney's Frozen. Photo: The Walt Disney Company
According to the Norwegian trade promotion agency, Innovation Norway, the number of US visitors to Norway in the first three months of this year was up 37 percent on the same period last year.
Inspired by The Snow Queen by Hans Christian Andersen, Frozen is set in the fictional country of Arendelle, which resembles Norway right down to the fjords, mountains, traditional 'bunad' and stave churches.
With some $1.2 billion worth of box office tickets already sold, Frozen is already the highest-grossing animated film of all time, and the fifth highest grossing film ever.
The Frozen page on Visit Norway's website has received more than 270,000 visits, ten times what a normal page receives.
Disney pioneered tie-ups with national tourism boards with the 2012 film Brave, which is set in Scotland.
It signed its partnership with Innovation Norway in May 2013, six months before the film’s release.
Under the deal, Innovation Norway has heavily promoted the film in its advertising material.