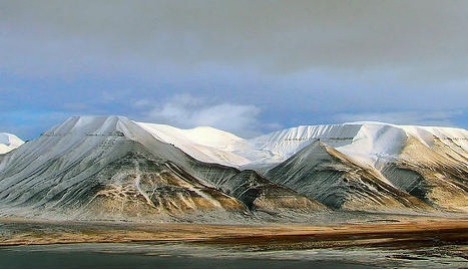 The Operafjellet mountain on the Austre Adventfjord estate. Photo: Bjørn Christian Tørrissen/Wikimedia Commons
The land, a 216 square-kilometre estate with its own mountain and large coal reserves, had been put up for sale by the industrialist and farmer Henning Horn, and his sisters Elin and Kari Horn.
"The government has decided to work for a solution involving a state takeover Austre Adventfjord," trade minister Monica Maeland said in a statement released on Thursday.
"Through public ownership and Norwegian law, we have the best starting point for managing Svalbard for the common good."
Last week Huang Nubo, a property tycoon who spent years working in China's state propaganda ministry, argued he would be able to brung Chinese and Russian tourists to the island to trek through the snow in search of Polar bears.
"I will build a holiday village for the Chinese. I'm the only bidder," he told NRK.
Svalbard expert Willy Østreng told VG last month that the property might be attractive to China as a foothold in the Arctic.
"China is in constant search of coal and other natural resources, and more importantly, by purchasing this property, the can use Svalbard as a platform for a long-term play on the Arctic Ocean Basin," he told the newspaper.
The melting Arctic ice is gradually opening up new shipping routes which could shave weeks from deliveries of Chinese goods to European and US markets.