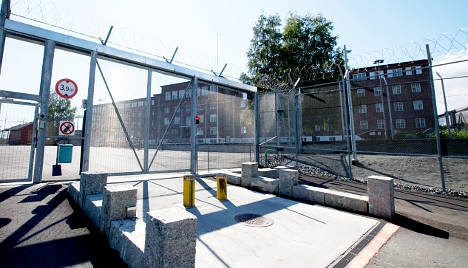 Ila Prison. Photo: Holm Morten/Scanpix
The last time the 58-year-old was released, in 1993, he met a 53-year-old woman at a bar in Oslo. That same night he raped her and strangled her to death.
Since then he been transferred three separate times to Bastøy open prison, where inmates are sent to slowly acclimatise to normal life, but each time he broke prison rules and was returned Ila.
Knut Bjarkeid, the Ila's director, conceded that the situation was highly unusual.
"But it is very, very rare that an inmate has gone so long without being paroled. I can hardly remember when it has happened," he said.
Bjarkeid said that, unless he made a special request to the authorities, the man would be completely unsupervised once he left the prison walls.
"He has served his time and paid his dues to society, and therefore the correctional service has no role here. That's clear under the law," he said.