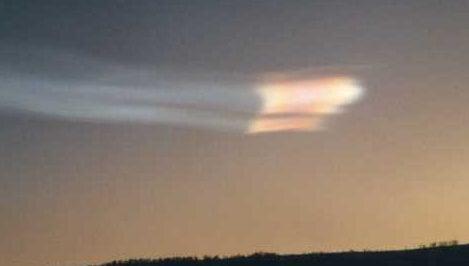 The light phenomenon at Hessdalen. Photo: Ingebørg Rønning/Hessdalen.org
The phenomenon has been studied by Project Hessdalen, since 1998, but according to Bjørn Gitle Hauge, the assistant professor at the nearby  Østfold University College, who runs the project, the battery theory remains one of many.
"The battery hypothesis has its origin in all the old sulphur mines in the valley," he explained. "Every time it rains the mine shafts are filled with water, so it's pouring out sulphur into the river Hesja almost every day."
The river then functions as an electrolyte, with the sides of the valley acting as electrodes.
"It's just like a normal battery," Hauge said. "Sulphur makes acid in the river; the mountain sides to the west are zinc and the mountain sides to the east are copper. And just like an old battery, that causes charges in the air."
The Italian engineer Jader Monari, the lead proponent of the battery theory, first came to the valley in 2000 and began trying to measure ultra low electromagnetic radiation in the surrounding atmosphere.  According to the New Scientist, when Monari connected each side of the valley to the river, he generated enough electrical current to power a light bulb.
However, Norwegian physicist Bjørn Samset told the Norwegian science website Forskning.no that he did not believe the battery theory adequately explained the light phenomena as the distances were too large and the natural charge too weak to explain the brightness of the lights.
"In my opinion, this article should not have been published in New Scientist at all," he said.