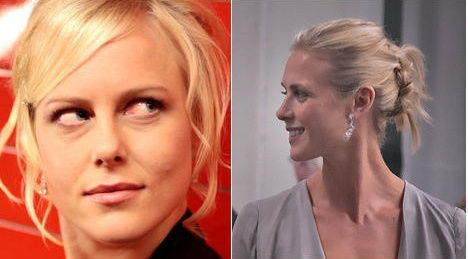 Synnøve Macody Lund (right) and Ingrid Bolsø Berdal (left) Photo: Magnet Releasing/Resolve film
Ingrid Bolsø Berdal, the 34-year-old Norwegian star of the upcoming Hollywood film Hercules, auditioned for the provisionally named "Bond 24" last year, her agent Anne Lindberg told The Local.
According to Norway's Dagbladet newspaper, Synnøve Macody Lund, the 38-year-old star of the film Headhunters, has also recently filmed audition scenes in Copenhagen for the film which, like Skyfall, will star Daniel Craig as James Bond and have Sam Mendes as director.
According to Sweden's Aftonbladet newspaper two Swedish actresses have also auditioned: Disa Östrand, a 27-year-old known for her role in Känn Ingen Sång,  and Ida Engvoll, a 28-year-old who starred in 2013's Bäst Före.
The film's producers have confirmed they are recruiting a woman with typical Scandinavian features to play "a woman with a difficult history" in the film.
If Lund gets the role and is cast as one of Bond's love interests, the mother of two will become the eldest Bond girl in the history of the franchise.  In Ian Fleming's 14 Bond books, Pussy Galore, the eldest of Bond's lovers, is described by Bond as "in her early thirties" .
According to Dagbladet, Lund would only confirm that she had met Sam Mendes at Pinewood Studio outside London.
"It was a great moment for me as a film enthusiast, and I was more than a little nervous," the former TV2 film journalist told the newspaper. "Just to look inside Pinewood Studios, with all its Bond props on display, was amazing."
Norway has already had one Bond girl, Julie Ege, who played Helen in On Her Majesty's Secret Service" (1969).  Sweden, on the other hand, has already had no fewer than six Bond girls (click here for a full list). Swedish actor Ola Rapace played one of the villains in Skyfall.
According to Lindberg, the film's producers have over the past year auditioned almost every suitable actress in Denmark, Sweden and Norway without yet giving any indications of who will get the role.
"In Denmark, there was a lot of castings last year and this year for the Bond girl but nobody knows anything yet," she said. "I don’t think anyone knows yet what the outcome is."
According to the film journalist Morten Steingrimsen, who edits James Bond magazine, Lund would fit into the new trend for more psychologically complex Bond girls.
"Synnøve has something Bond-like about her, and it is easy to imagine that she could develop a good dynamic with Craig and create a complex, interesting and different Bond girl," he said.
"In recent years there has been a clear trend towards making Bond's female counterpart something more than a sex symbol."