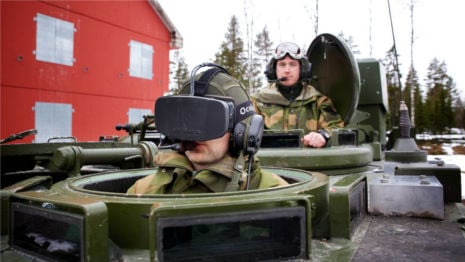 Norwegian Army personnel testing the new viewing software. Photo: Tekniska Ukeblad
Making View, a Norwegian company based in Hamar, has positioned cameras around a Norwegian tank, giving the driver a full 360 degree view around his vehicle, even when all the hatches are battened down.
A second company, Augmenti from Trondheim, is developing an Augmented Reality system which will then allow the Norwegian Army's Battlefield Management System to be overlaid over the driver's field of view.
Major Ola Petter Odden at Combat Lab told Norway's Teknisk Ukeblad tech site that he believed the system could be ready for the battlefield within about five years.
“This is a very promising concept. We see that the glasses don‘t yet have the necessary screen resolution to see well at a distance, and they may cause some dizziness for the driver. But this, we believe, will be improved quickly,“ he said.
“I can foresee that the system will be technologically mature in maybe two to three years," he said.
After testing, he said it would be battle-ready within five years.
The Oculus Rift glasses allow the view to seamlessly follows the driver's head movements, so that when he turns his head to the left, he looks straight out through the left camera, and when he lowers his gaze, he looks straight down to the tank tracks, enabling him to park extremely accurately.
Making View's Daniel Mestervik told Teknisk Ukeblad that he had been inspired to apply technology usually associated with advanced computer gaming to the battlefield after realising that players of games like Battlefield 3, a popular tank shoot-em up, often had better visibility in their virtual world than real tank drivers did.
“Those who play "Battlefield" do indeed have a better view than those in an actual vehicle" he said. "With our software you can add the information and views you are used to from games: an overview map, spatial orientation, tilt and speed,” he told TU.
Facebook raised eyebrows when it bought Oculus Rift for some $2 billion before the company's first glasses had even been released to consumers.
According to TU, the Norwegian army's demo unit cost roughly $2,000, a fraction of the cost a conventional military viewing system would cost.
See TU's video of driving the tank here (with English subtitles). 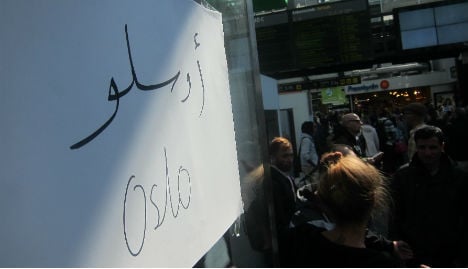 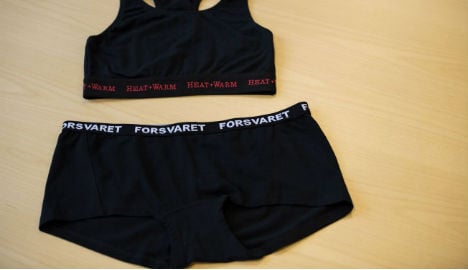