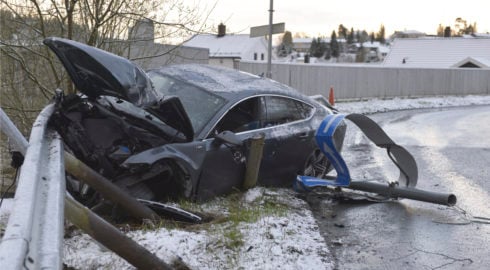 Petter Northug's Audi crashed into a barrier on Sunday morning. Photo: Henrik Sundgård / NTB scanpix
The 28-year-old Norwegian, whose career is in crisis after he returned from the Winter Olympics in Sochi without a medal, expressed his "deepest regret" at what had happened in a statement on Sunday afternoon.
"I am very unhappy now and very disappointed with what I've done," Northug said. "I have openly told police about what happened and I am prepared to take the punishment for my actions."
Northug crashed his car outside his home town of Trondheim at about 5.00am in the morning.
Police spokesman Bård Jacobsen told broadcaster TV2 that the car had probably been going over the speed limit when it veered off the road at a curve.  He said one man was found with minor injuries next to the car and another man had left the site but was later found in his home.
Northug won two golds, a silver and a bronze at the 2010 Vancouver Olympics. However, he was knocked out by a virus for much of last year, robbing him of crucial training time, partly explaining his poor performance at Sochi.
The Norwegian ski star has also been dogged by reports of his frequent bouts of online poker playing, with his gains and losses  reported in the Norwegian media.
"I know that I am a role model for many young people and I fully acknowledge that I have not acted like a role model should," he said in his statement. "I want to apologize to all of those and to all of those who are now disappointed with me."
However, he promised that he would pull himself back from this crisis.
"I want to learn from the situation in so that I grow as a person," he said. "I know this might become one of the toughest races in my life, but I'm willing to bet for success." 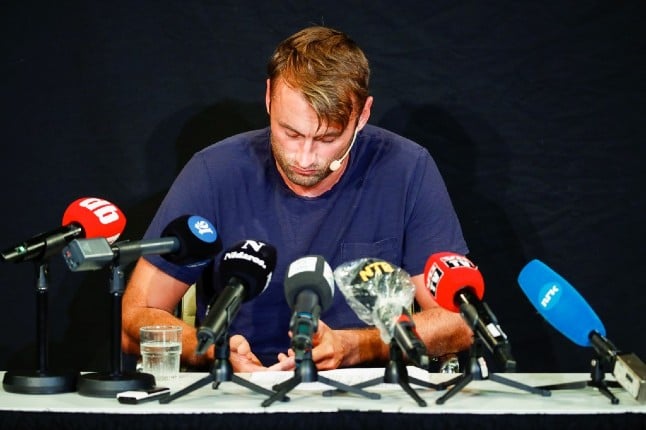 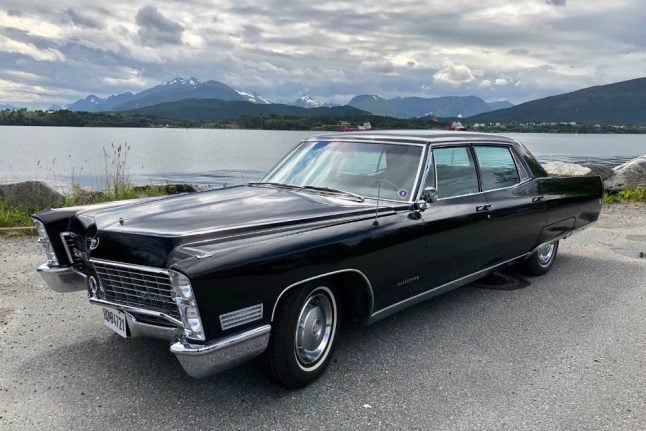