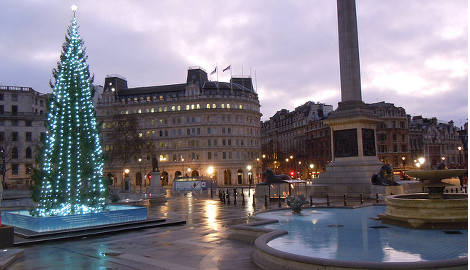 The Trafalgar Square tree on Christmas morning in 2011. Photo: Kevan Davis/Flickr
The tree, first given in 1947 in gratitude to the people of London for Britain's support for occupied Norway in World War II, has come to symbolize the start of Christmas for many Londoners.
But in a policy discussion document on the three Christmas trees the city sends annually to London, Rotterdam and Reykjavik, Oslo's city secretariat included scrapping the tree as one of three options presented to politicians.
"The tradition of the Christmas tree gifts no longer has the same value as in the time after the war, and should be replaced with other forms of international promotion and cooperation," the report argued.
It estimated that scrapping the London tree could save the city as much as 128,000 Norwegian kroner ($21,000) in direct costs.
However Oslo's mayor Fabian Stang rejected the suggestion, in April telling the country's Aftenposten newspaper that the London tree was "a central part of Norway's history and a symbol of friendship with the British that we will do everything in our power to continue."
Stang has attended the cutting ceremony in Oslo regularly since becoming mayor in 2007,  although he has never attended the lighting ceremony in London, with governing mayor Stian Berger Rosland going on his behalf since taking office as of September 2009.
Stang agreed with city bureaucrats that it would be more efficient if the two other trees, to Reykjavik and Rotterdam, were cut in forests close to the two cities rather than shipped all the way from Norway, sending out letters to this effect to the two city's respective mayors on April 7th.
It would also be possible to source a Christmas tree for London in the UK, but Stang is keen to continue cutting the London tree from the forests around Oslo, given the media coverage usually received by the Lord Mayor of Westminster when he attends the traditional cutting ceremony near Oslo in November. 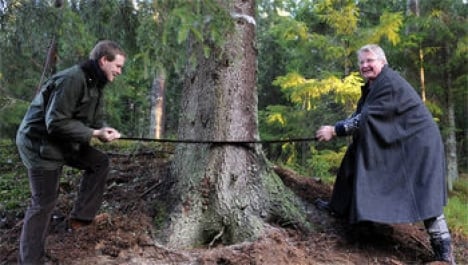 CHRISTMAS TREE
Oslo to send Christmas tree to Iceland after all 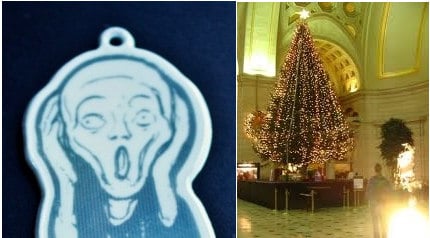 The ceremonial cutting of a Christmas tree intended for London in 2009. Photo: Oslo City Council
The council at Easter proposed ending the costly and logistically challenging process of shipping a tree all the way across the North Atlantic, announcing that it would instead pay for a tree to be cut down and decorated on Iceland.
But Icelanders interpreted the proposal as a national snub, with many believing that the Christmas tree was being used as a proxy to punish Iceland over a fishing dispute.
To fend off the crisis Oslo mayor Fabian Stang published a letter in Iceland's leading newspaper explaining the decision.  But it did little to clear the air and last week, the city's finance committee voted instead to continue the 50-year-tradition.
"It is no secret that the termination of this scheme was received with great disappointment, and we see the uproar as an indication that this was more popular than we realized," Stang said after the council's decided to keep sending the tree last week.
Dagur Eggertsson, Reykjavik new mayor, said he was "pleasantly surprised" by the move.
SHOW COMMENTS
Url copied to clipboard!