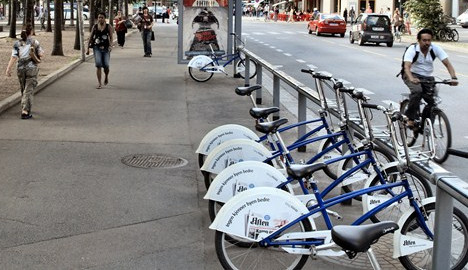 City bikes in central Oslo. Photo: Clear Channel Norway
Øyvind Markussen, the Norway head of billboard giant JCDecaux, told Aftenposten that it was hard to see how the contract could be profitable on these terms.
"The municipality has opted for a very short duration contract, and if it includes disposing of fully usable equipment, then it is not sustainable," he told the newspaper.
Neither JCDecaux nor its rival Clear Channel have decided whether to express their interest by the May 12th deadline.