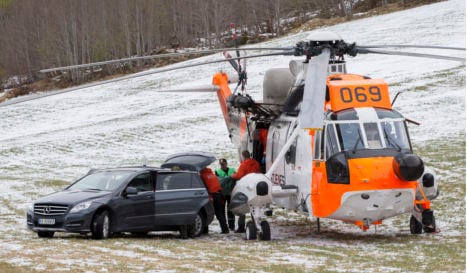 Helicopter comes with three of the four missing men found in the landslide area in Sunndalsfjella. Photo: Berit Roald / Scanpix NTB
Nilsen, from Trondheim, told the paper that he had known and skied with Yngve Dalquist (37) and Øyvind Slørdahl (36), for more than twenty years.
"They loved nature. That was why they were there," Nilsen said.
"It was Yngve and Øyvind I turned to when things got bad and I needed advice and someone and talk to," he added. "These days have been terrible."
After meeting on the cross country trails outside of Trondheim, the three men attended the same high school, and had then continued as friends afterwards, with Nilsen and Dalquist remaining in Trondheim while Slørdahl moved to Oslo for work.
As soon as Nilsen heard that the two men had gone missing, he says he jumped into his car and drove all night to Øksendal, the nearest town.
"I had a little hope that they had dug down or been delayed because one of them had been injured," he said. "But I already feared the worst already when I started up the car."
He said his friends were both exceptional people.
"Both were well educated and had good jobs. But that was not all. They were social people who loved nature. That was why they were there they were this week," he said.
Dalquist in particular spent almost every weekend and holiday at his chalet in Oppdal, keeping his door permanently open for friends who wanted to join him skiing or hiking.
Slørdahl became a triathlete, coming third in one day of the gruelling Norseman endurance race. 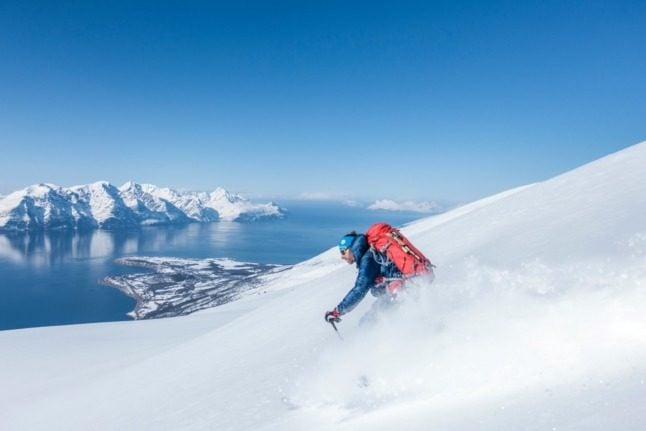 SKIING
Will Norway have a normal ski season this winter?
Url copied to clipboard!