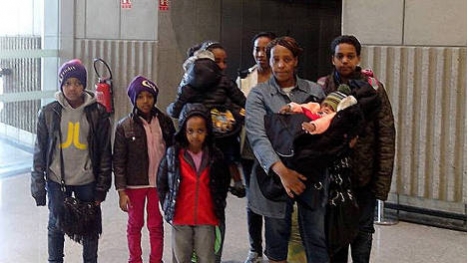 Simreth Wolbgeber and her eight children after they were exported from Norway to Paris Charles de Gaulle airport. Photo: Simreth Wolbgeber
The country's immigration police deported 1,705 people, up from 1,248 in the same period last year. Of those deported, 157 were minors, with three sent home without their parents.
A total of 147 Nigerians were deported, followed by 138 Afghans, 102 Romanians, 92 Albanians, 84 Russians, 82 poles, 76 Lithuanians, 72 Iranians, 63 Iraqis, 60 Eritreans, 60 Syrians and 59 Somalis.