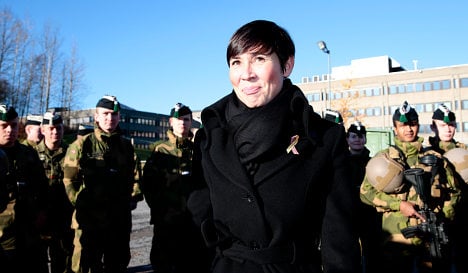 Defence Minister Ine Eriksen Søreide said in a statement that Norway condemned the annexation and the use of armed force in Ukraine, which it viewed as “a clear violation of international law”.

After May, “we will make a renewed assessment of any subsequent planned activities in light of developments in the situation in Ukraine as well as any further actions taken by the Russian government," she said.

"We will also discuss any further suspension with our Nato allies,” she added.

The move puts on hold a series of Northern Eagle naval exercises, including two port visits, as well as a planned Russian port visit to Oslo to mark 200 years of the Norwegian Navy.

Also, a planned visit in April by Russian defence minister, Sergey Shoygu, will not now take place, while a visit to Bergen by the chief of the Russian Navy is also on the back burner.

The suspension does not affect cooperation between the neighbouring countries in search and rescue, maritime safety, coast guard, or border guard collaboration, the statement said.