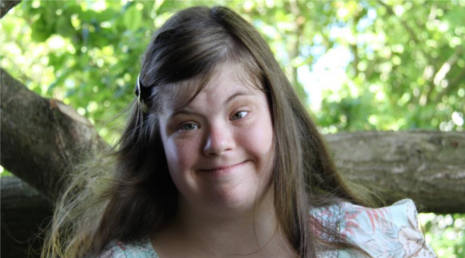 Karoline Ånstad Arntsen. Photo: Facebook
Karoline Ånstad Arntsen, who is studying to be a chef at Ole Vig Secondary School in Stjørdal, near Trondheim, only found out about the school trip when her mother received a message telling her that there would be no lessons the following week.
"I got a call from Karoline's helper the day before that she would have to practice in the cafeteria all week, instead of having lessons at the school kitchen," Cathrine Arntsen told Norway's VG newspaper.
It turned out that her entire class had gone to the islands, and she had never been told.
After Norway's VG newspaper reported the story on Thursday, there was a huge swell of public support for Arntsen on Twitter and Facebook, forcing the school's headmaster Odd-Inge Strandheim, to find a solution.
In a meeting with Cathrine Arntsen on Friday, he offered to arrange for Karoline to join the other students.
"We have discussed whether we can try to find a better arrangement for the student to make up for some of what has happened here," the school's headmaster Odd-Inge Strandheim said  after the meeting. "We have agreed that she shall go to Gran Canaria with her special needs teacher and participate in the rest of the program there."
"I think it's terrific," Karoline Arntsen told VG after hearing the news. "I'm going to enjoy myself and relax".