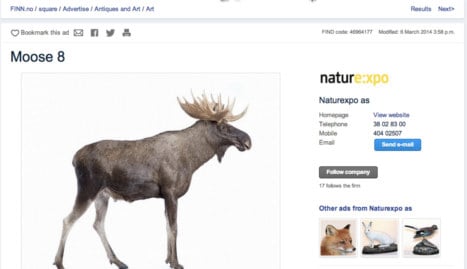 The bull elk for sale on Finn.no. Screen Grab: Finn.no
The beasts can be yours for just half a million Norwegian kroner ($83,000), with the largest, a magnificent bull elk, going for 119,000 kroner ($20,000), and the cheapest, a reclining calf,  going for a bargain 29,000 kroner ($4,800).
Jarle Thorkildsen, the man selling the elk, said that the animals had been rented out to museums as a temporary exhibition by his company Naturexpo.
"I have a company which builds exhibitions and rents them out to museums," he said. "These animals were part of an exhibition about elk, and many museums have rented it out so far."
He said that as the exhibition was not being rented out at the moment, he had decided to put it up on the web and see what happened.
"We just want to sell it if anybody wanted to buy it," he said. "I have no idea who might want it." 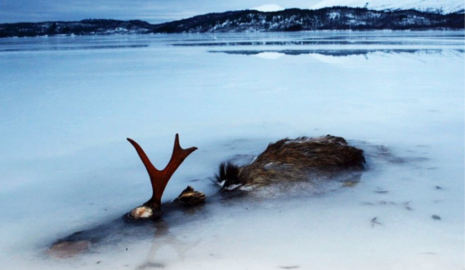 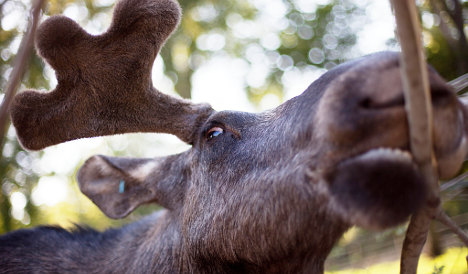