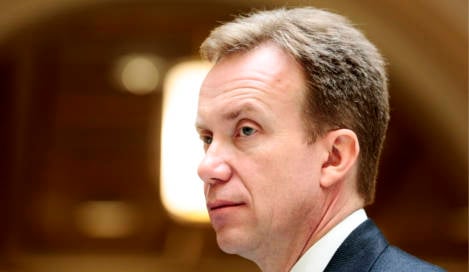 Børge Brende. Photo: Håkon Mosvold Larsen/NTB Scanpix
As he prepared to fly to Brussels for an emergency meeting of NATO,  Brende on Monday underlined the organization's support for a united Ukraine.
"Through its military actions in the Crimea, and threats of further use of military force, Russia is breaking its basic treaty obligations under the UN Charter, the OSCE, the Council of Europe and the NATO-Russia Council," he said. "It is an important signal that NATO Council today expressed support for Ukraine's territorial integrity and sovereignty."
Brende's comments followed an appeal for calm from Norway's Prime Minister Erna Solberg.
"It is important that everyone keeps calm and does nothing to ignite sparks that might aggravate the situation," she told Norway's TV2 channel on Sunday night. "We should have a unified Ukraine in the years to come."
Russian troops by Sunday evening had seized complete operational control of Ukraine's Crimea peninsular, in what UK foreign secretary William Hague described on Monday as the "biggest crisis in Europe in the 21st Century".
The occupation started on Thursday when Russian troops seized the parliament building in the Crimean capital of Simferopol, replacing the region's sitting prime minister with the leader of a pro-Russian party, after which the estimated 6,000 additional Russian troops moved into the region last week have consolidated its position.
Brende's Swedish counterpart Carl Bildt, on Monday drew parallels between the invasion and the events that led up to the First World War.
"On the centenary of 1914, we are suddenly in a Europe of invasion, aggression and threats of massive use of military force," he wrote on Twitter, adding, "it's clearly a military occupation that is taking place."
On Monday, Russian President Vladimir Putin agreed to a proposal from German Chancellor Angela Merkel to begin a dialogue with the new Ukrainian government on how to stabilize the situation without it breaking into violence. 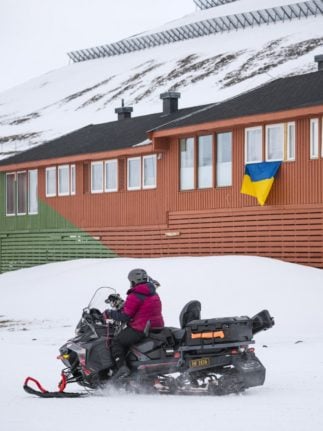