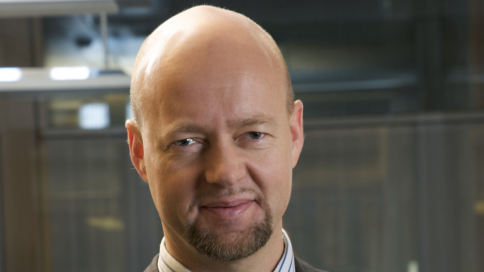 Yngve Slyngstad, the oil fund's chief executive - Photo: NBIM
The proposal comes as the Conservative and Progress Party's struggle to reach a deal with their minority Christian Democrat and Liberal allies on proposals to toughen the country's asylum and immigration regime.
"We have agreed to study the consequences of excluding both coal and petroleum companies," the four party's respective spokespeople for financial affairs said in a joint statement on Thursday. "It is both more responsible and more comprehensive than Labour's proposal."
The Liberal party's financial spokesman Terje Breivik suggested that his party would support a ban.
"Climate change is acute, and the oil fund's mandate states clearly that the government should promote sustainable development in environmental terms," he told the NTB newswire. "Therefore, it is both appropriate and important that we now carry out a thorough assessment of how best we can meet these concerns."
However, Svein Flåtten, the Conservative party's spokesman for financial affairs, told the Financial Times that the expert group may nonetheless recommend maintaining the status quo .
“The expert group shall consider whether the best strategy to address climate questions, as an owner of fossil-fuel related investments, is to make influence through ownership – as we do in many companies now – or by finding responsible criteria for exclusions,” he said.
Oil and gas companies represent 8.4 per cent of the value of shares held by the oil fund, with Royal Dutch Shell, BG Group, and BP all making the list of its top three holdings.