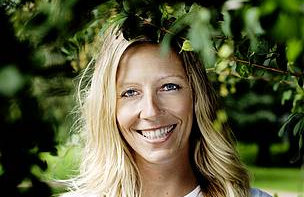 "It's not me who is the best at sweet-talking in the Jensen family :-)," her sister quickly tweeted back.

Hareide then neatly sidestepped the spat by pointing out that, as he was on paternity leave, he was not involved in the negotiations anyway.
"I can promise that it's only these two ladies I'm sweet-talking at the moment," he tweeted, attaching a picture of his wife and new daughter and signing off as "pappa-leave Knut".