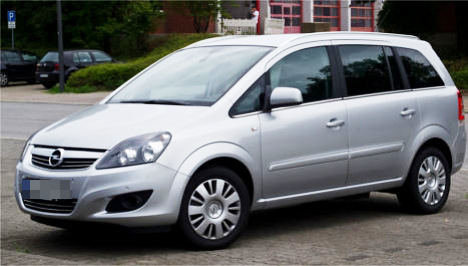 File photo: M 93/Flickr
On Wednesday afternoon, the boy was stopped by police driving his aunt's Opel Zafira down a road with an 80km speed limit near the city of Fagernes, nearly 200km north of Oslo.
The boy had apparently spotted the keys in the ignition and decided to put his new =0found skills to another test. He had travelled an estimated four kilometres before he was stopped.
"We were very scared, it’s just as painful every time,” his mother told VG newspaper. “It shouldn’t happen. The temptation was just too great. He’s a boy who likes adventure and excitement, it’s probably just that.”
On February 12th, the boy was stopped after driving his parent's car into a ditch. He told a snowplough operator that rescued him that he was a dwarf, and had wound up in the ditch when making a hasty U-turn to go home for his driving licence.
His mother told VG that her son got up to a lot of pranks and that they had to lock all the door in the house at night to prevent him raiding the food cupboards and watching television.