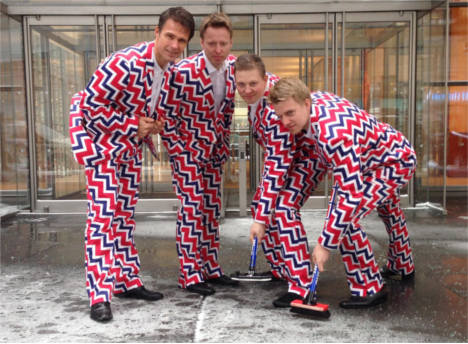 Norway's curling team sporting one of their new outfits before the games began - Photo: Loudmouth Golf
The team's own coach disavowed their eye-catching leg-wear. “You’ll not see me wearing them,” Pal Trulsen told Associated Press of the trousers before the games began.  “Except maybe at a bad-taste party or something.”
Other teams tried to match them. The Russians sported some bright — but ultimately unimaginative — paisley in their qualifier against Britain last week.
But for their fans, they couldn't be beat. Each of the team's seven matches involved another exquisite sartorial surprise.
Designed by Loudmouth, the US golfwear company which also sponsors the team, each pair managed to be playfully unexpected while still (normally) making some reference to Norway.
Press here for a gallery of the Norwegian Curling Team's Crazy Trousers of Sochi 2014. 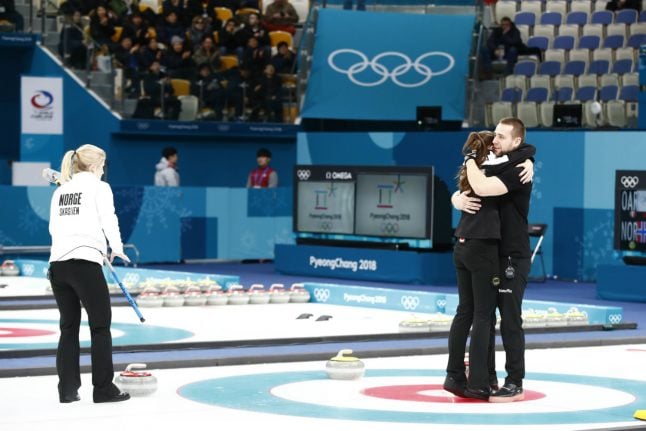