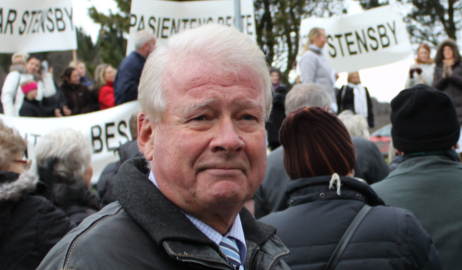 Carl Hagen in November 2012 - Progress Party
Carl Hagen, the party's former leader, made the proposals to Oslo City Council on Monday, with the backing of his own party group.
"We can no longer sit quietly watching Norwegian children born to Norwegian nationals come to their very first day at school without being able to speak Norwegian," Hagen told VG newspaper, as he announced the policy. "It is neglect, and neglect must have consequences."
Hagen proposed creating a new Integration Agency, which would have invasive powers over Norwegians with immigrant backgrounds, and the ability to deprive them of benefits or take their children into care if they were making insufficient progress in teaching them the language.
The proposal was met with derision from the Labour-led opposition.
"This is an absolutely insane suggestion," said Marianne Marthinsen, who represents the Oslo Labour Party in the Norwegian Parliament, pointing to how preposterous it would be to have legions of municipal workers going around knocking on people's doors to see if they have a language learning plan for their children.
"If Progress believes that they should de-bureaucratise Norway, and then want to create a control mechanism where people can go into anyone's home and check which childrens' TV  the parents are showing, that's a bureaucratic structure that the rest of us might be a little skeptical of," said Trine Skei Grande, leader of Norway's Liberal Party.
Under Hagen's plan, nurses carrying out the first home visit to new infants would be required to inform the agency about whether immigrant parents have a plan to teach their new children Norwegian.  Staff at health centres would have a similar obligation to inform the agency when children need help learning Norwegian.
The agency would endeavour to teach parents of immigrant backgrounds about good Norwegian child-rearing practice, warning them, for example, against marrying their cousins or circumcising children.
The agency would then be able to threaten families who were slow in teaching their children Norwegian with losing their benefits, or even with having their children taken away from them.
Hagen suggested that immigrant parents should be banned from showing the children television programmes from their home country, as that would make them less likely to learn Norwegian.
"Failing to teach children Norwegian is a form of neglect," Hagen said, "and as a result they should run the risk for losing parental care of their children."
Øystein Sundelin, who leads the Conservative Party in Oslo City Council, said that although he did not believe Hagen's proposals would be voted through by the other parties, his general approach was correct, although he said he was "extremely sceptical" of linking benefits to which television programmes children watched.