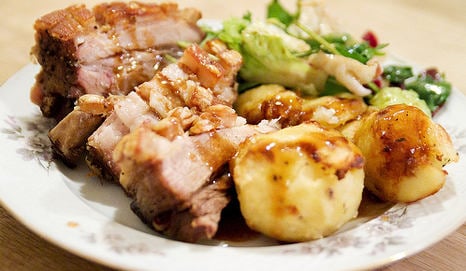 Norwegian pork ribs and potatoes - Photo: Robyn Lee
"We cannot stop serving pork because Muslims have moved to Norway," Sylvi Listhaug, a politician for the right-wing Progress Party, said this week.
"Those responsible for food in public institutions should put pork on the menu, and then make sure that those who do not eat pork can get something else," she said.
Bjørn-Ole Juul-Hansen,  the managing director of the Norwegian meat industry association, told NRK that public institutions in the country were now serving pork less often, although he could provide no statistics to back up the claim.
"Our members feel that many public institutions, nurseries and municipal catering departments often opt out of pork in the interests of a small minority," he said.
Willy Haugen, who controls the catering for Oslo's prisons, admitted that pork is only on the menu on average once a fortnight.
"There are practical reasons why pork has been downgraded," he told NRK.