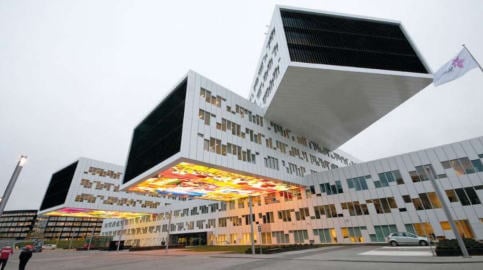 The new Oslo offices of Statoil, the Norwegian oil company - Statoil
The foundation praised the country for its "notable gains in the area of market openness, measured through trade freedom, investment freedom, and financial freedom" in the 2014 Index of Economic Freedom.
The country was ranked the 32nd freest economy in the world,  the highest position it has achieved since the foundation began its ranking in 1996, putting it firmly in the "mostly free" category.
However, Norway still lags behind its Nordic neighbours Denmark in 10th place, Finland in 19th place, and Sweden in 20th place.
Hong Kong, Singapore and Australia were ranked the three most economically free countries in the study, while Italy, in 86th place, while Belarus, in 150th place, was ranked the least free economy in Europe, followed by Greece in 119th place, Bosnia in 101st place, Serbia in 9th place, and Italy in 86th place.