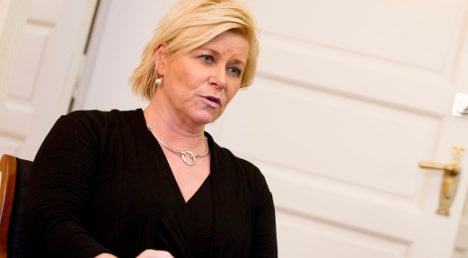 “A major challenge from the Norwegian perspective is that the difference between us and most other countries is getting very big. There’s no doubt that there’s a gap to close – particularly when you look at  proposals for further tax reductions in the countries around us. We have a situation where high corporation tax is distorting competition, to the detriment of Norwegian companies,” she said.

The former centre-left government cut corporation tax by 1 percentage point to 27 percent in its budget for 2014. But even with this reduction, the gap with other countries has got bigger, according to the Finance Ministry. Jensen is now placing her trust in an expert committee headed by Hans Henrik Scheel, director of Statistics Norway, the country’s national statistics office.

Jensen has also asked her officials to examine all other taxes and fees. She wants answers on which taxes should be kept, removed or altered.

“I have signalled the government’s ambition for an overall reduction in the level of taxes and fees. It should therefore be no surprise that the government is doing this. We’re turning over every stone and reviewing all [taxes and] fees to see whether they should survive,” Jensen said.

Jensen said she would not say what tax changes would be included in the budget proposition, but said there would be significant changes. The main thrust of the government’s financial policy will be laid out in March at the budget conference.