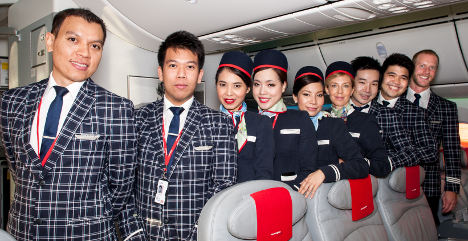 The four airlines – American Airlines, Delta, United and US Airways – have joined with the Air Line Pilots Association to call for the US Department of Transportation to deny Norwegian a new operating certificate. They object to the fact that Norwegian has registered its planes in Ireland and has employed its long-haul crew on Singaporean contracts, with lower wages than Norway-based pilots.

Lee Moak, president of the Air Line Pilots Association, said the set-up was “clearly designed to attempt to dodge laws and regulations, starting a race to the bottom on labour and working conditions.” The company’s long-haul subsidiary, Norwegian Air International, is controlled by Norwegian citizens, he said.

In a complaint handed to the Department of Transportation on Friday, the four airlines said Norwegian’s structure breaches a ban on “flags of convenience to evade labour protections and thereby derive a competitive advantage in the market place.” The airlines and the unions claim that the plans break the EU-US air services agreement.

The accusations were rejected by Norwegian:

“We’re not dodging the rules, we’re following the regulations to the letter and will continue to do so,” communications director Anne-Sissel Skånvik said.

“These airlines have dominated the airspace over the Atlantic and kept ticket prices high. They naturally don’t want any competition.”