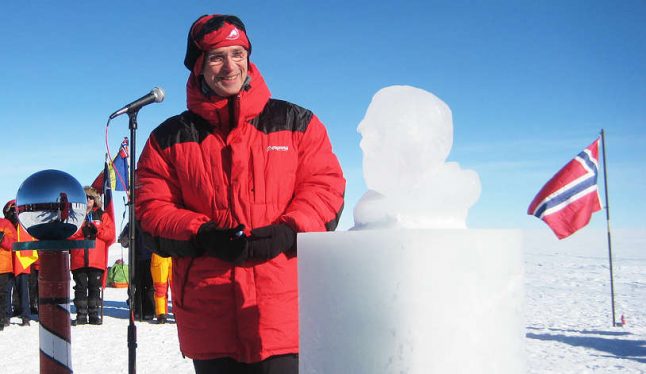 Stoltenberg on a visit to the South Pole when prime minister. Photo: Erik Edland/Prime Minister's Office

Stoltenberg was one of two envoys appointed, the other being John Kufuor, former president of Ghana. The pairs have been asked to mobilize the "political will and action" of governments and heads of state.

This will lead up to a 2015 global agreement to curb climate-altering greenhouse gas emissions and they will work to raise awareness before a UN climate summit next September in New York.

"The summit will be an important milestone to mobilize political commitment for the conclusion of a global agreement by 2015," Ban's office said in a statement.

Stoltenberg was ejected from office in Norway after his Labour Party and its coalition partners lost September’s general election.

“The world is not on the way to reaching the climate targets we have set ourselves. Our job will be to get that message across clearly and to help contribute to national and international action to get emissions down,” said Stoltenberg, who stressed that he would stay on as Labour Party leader.

“If the world is to avoid serious and complex climate change this century, countries will have to change their climate policies significantly over the coming years,” Stoltenberg said.

Stoltenberg has previously worked on UN-backed climate projects – as prime minister he led a financing group during UN climate change talks, together with then Ethiopian prime minister, Meles Zenawi.