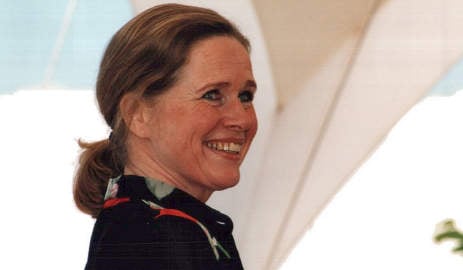 Liv Ullmann at Cannes in 2000 - Rita Molnar
"Nobody thought that anything like this could happen to me. They would leave me out when I was between 15-17," she admitted at the event, which was held on her 75th birthday. "I was Miss Nothing."
However, she said she had always known she had talent.
"I knew inside that I would create something, to me it didn't matter what. I knew that I was shy and that I was no fun, but I knew that I had talent and that I had something to give."
Ullmann is most famous for the lead roles she played in the films of the Swedish Director Ingmar Bergman, with whom she had a child.  She also acted with Laurence Olivier in the classic Second World War prison drama A Bridge too Far.
She later went on to become a director herself, most recently filming an adaptation of August Strindberg's Miss Julie with Jessica Chastain and Colin Farrell in the lead roles.  The film will be released next year.