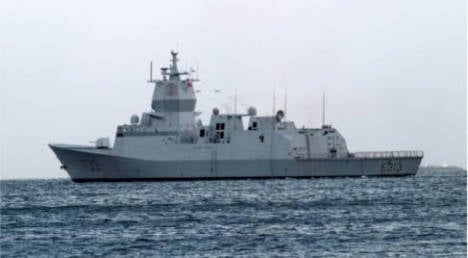 Norwegian frigate KNM Helge Ingstad - Bjørnar Henningsen
The boat, together with a Danish frigate, is to escort two cargo ships, one Danish and one Norwegian, to the Syrian port of Latakia, where they will take on chemical agents, as set out in an Organisation for the Prohibition of Chemical Weapons road map.
A deal for Syria to surrender its chemical arsenal narrowly averted US airstrikes on the country, after Washington said 1,400 people were gassed in the Ghouta area near Damascus in August.
Under the plan, the ships must leave Syria before December 31.
Washington has agreed to help destroy the chemicals once they are on board a US ship in international waters, but the task force in Limassol is still unsure how the chemicals will be transferred.
Commander Torben Mikkelsen, the Danish naval officer leading the task force, is busy preparing for the delicate operation.
"My job right now is to prepare this task group, capable of transporting chemical agents out of the port of Latakia in Syria, to a so-far not identified destination for ongoing further destruction," he said.
The skipper of the Norwegian warship, Commander Per Rostad, acknowledged that the task would be a difficult one.
"The transport of chemical agents on this scale, it's historic," he said, while adding that the task force was "well trained and well prepared."
The two cargo ships, only one of which has reached Cyprus, will carry a combined total of 500 tonnes of chemical agents, said Bjorn Schmidt, a Danish civilian chemical expert taking part in the mission.
Damascus has declared 1,290 tonnes of chemical weapons, precursors and ingredients.
Before the chemical agents are loaded on to the ships, the Syrian army and the OPCW will place them in sealed shipping containers, which will then be fitted with GPS devices, Schmidt said.
"The worst-case scenario would be a spill on the ship," said Schmidt, but civilian and military experts will be on hand to deal with any possible accidents and evacuate anyone contaminated with the chemicals.
The container ships are due to pick up Syria's most dangerous chemical agents, labelled "Priority 1" and "Priority 2."
Individually, the agents are not neurotoxic, but once mixed with precursors, lethal gasses such as sarin or VX can be created.
But Schmidt was confident that "people putting the containers on the ships will make sure these chemicals are not put right next to each other," reducing the chances of any mishap.
He will also check the containers' contents against lists compiled by the United Nations and the OPCW using scanners that allow him to check inside crates without opening them.
Once checked, sealed and loaded onto the ships, the containers will only be opened again when they have been handed over to the team responsible for neutralising them.
The agents will be neutralised by hydrolysis, a process in which they are mixed with other chemicals and water at high temperatures, breaking down the chemical bonds between them and render them harmless.
The Pentagon is fitting the equipment to help neutralise the agents on the MV Cape Ray, a 200-metre (660-foot) cargo ship.
But the Danish and Norwegian navies are still uncertain how exactly they will hand over the containers.
Mikkelsen, who will be leading the escort ships, says he would prefer to dock in a harbour to transfer the containers, rather than attempt a potentially dangerous handover at sea.
But so far, no country has offered to let the ships dock for the transfer, and so long as uncertainty remains, the task force will stay in Limassol.
"We need to know the transload harbour. It's not up for me to decide, it's for the Danish government to decide," Mikkelsen said.
"They would be very reluctant to take it on board without a final destination," he warned.
Under UN Security Council Resolution 2118 passed in September, Syria's entire chemical arsenal is to be destroyed by June 30. 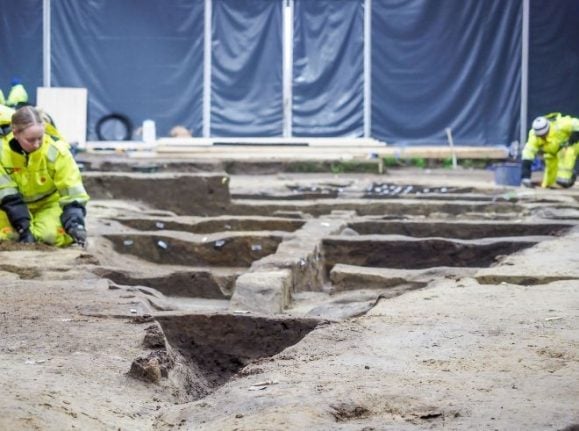