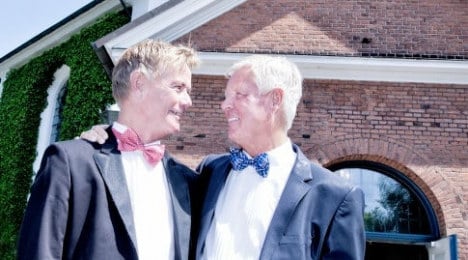 Danish travel entrepreneur Stig Elling married his long-term partner Steen Andersen in June 2012
The Norwegian Association of Clergy, which represents 95 percent of the country's priests, said the call, issued in a statement on Wednesday morning, had the unanimous backing of its central board.
"We want the council of the Church of Norway to make a liturgy which can be used for same-sex marriage," Gunnar Mindestrømmen, the organization's leader, told The Local. "We have members who really want to be able to do this, and when the theology says it's OK, then they should be allowed to."
The call comes after Norway's bishops in October took a step back from bringing in gay marriage, announcing that they would instead push for gay couples to receive church blessings for their civil unions when they met for their synod in April.
The bishops said they had come to this decision despite eight out of twelve bishops voting that there was no theological reason not to perform marriage ceremonies for same sex couples.
Mindestrømmen said that many of his members had been "very disappointed" by the bishops' statement.
"They don't understand this decision. There was no connection between the long theological work of the bishops, and the conclusions they draw from it. The consequence of this statement from the bishops should be that persons who want to marry same-sex couples should be allowed to do that."
Norway is one of the most liberal countries in Europe when it comes to homosexuality. Same-sex civil marriage and adoptions have been legal since 2009, and the Church of Norway allows the ordination of homosexuals.
It falls behind its Scandinavian neighbours on church weddings, however.
Neighbouring Sweden authorized religious same-sex marriage in 2009. Denmark in 2012 made it mandatory for all churches to offer full religious weddings for same-sex couples, although priests opposed on principle can ask a colleague to take the service their place. 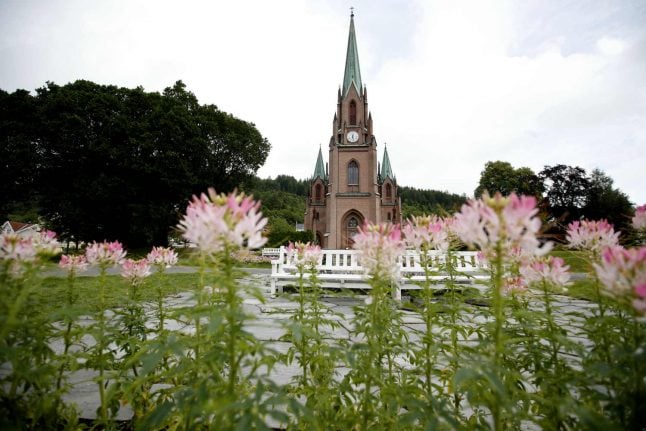