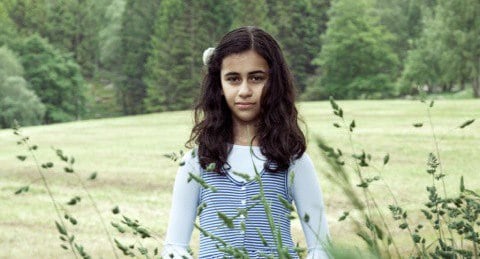 Neda Ibrahim before she was deported - Facebook
Neda, who has spent more than ten years of her life in Norway, was deported to Jordan with her family in June, three months after police found their Jordanian passports during a raid on their house at an asylum centre in Sandnes.
In November, however,  a court in Oslo rejected the deportation order as invalid, on the grounds that it had failed to consider the ill health of her brother.  On Monday,  the Appeals Board upheld its original deportation order, arguing that the same decision would have been made even if the additional information had been considered.
"For Neda and her family it was the last shred of hope, and now it's gone," Heidi Bjerga, who leads the Neda support group, told Dagsavisen. "They are totally alone in their grief, and in crisis."
Neda  in 2012 won the hearts of many Norwegian people when she begged to be allowed to stay in the country on evening television.  "I love Norway," she said in her Sandnes accent. "But Norway is not fond of me."
After the police raid in March,  Neda's father Said was charged with lying on his original asylum application form. When he applied for asylum in 2003, he claimed that he and his family were Palestianians fleeing the war in Iraq.
The case helped push the minority Liberal and Christian Democratic parties to propose a one-off amnesty for  children  whose asylum applications have been rejected, but who have spent so long living in Norway that it would be difficult to return to their parents' country.
"I absolutely disagree with the decision," the Liberal Party's leader Trine Skei Grande said on Monday. "It is very regrettable."