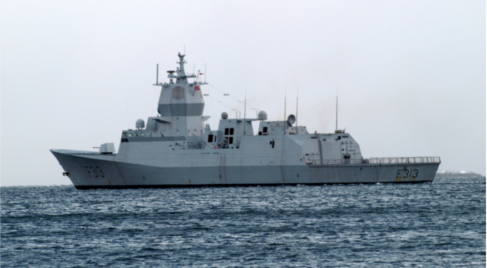 KNM Helge Ingstad - Bjørnar Henningsen
Norway’s foreign minister Børge Brende in November committed Norway to helping remove Syria’s stockpile from the country, once weapons inspectors from the Organization for Prohibition of Chemical Weapons (OPCW) have finished their work.
KNM Helge Ingstad has been given the job of defending the commercial freighter carrying the dangerous cargo out to US military vessels, who have committed to destroying it at sea.
“We will collect chemical weapons and components for chemical weapons at a port in Syria, and we will carry it where it should be discarded,” Commander Nils Andreas Stensønes told Norwegian state broadcaster NRK.
At at 23.00 the ship will leave its port in Bergen.
 
The OPCW expects its inspections to be complete before the New Year, and Stensønes expects his ship’s mission to be completed by the end of February.