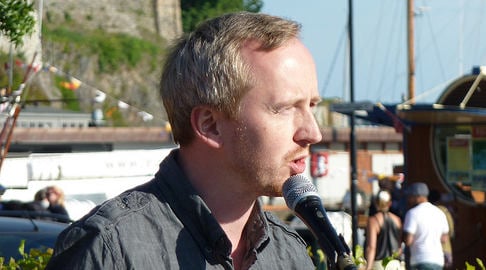 Rune Berglund Steen, leader of the Center Against Racism - Greggery Peccary
The site, which received its first posts over the weekend, argues amongst other things that Jews aim to enslave the rest of the world, that they are responsible for atrocities carried out by the Soviet Union, and that the Jewish ritual of circumcision is an "amputation".
"It is very important for society that we mark a clear distinction about what should be protected by free speech and what is going too far," the centre's Shoaib Sultan told TV2. "This is going too far."
The report came only days after the centre reported a blog called "The Internet's Darkest Corner", whose author praised Norwegian mass murderer Anders Breivik. Before this week, the centre had not reported a blog for five years.
A user of the Twitter microblogging service, who went under the handle @Negerjeger, or @niggerhunter, was arrested by police on Monday for publishing racist tweets.
"Two patriotic Norwegian men, one blogger and one tweeter, were taken by the Thought Police recently," the author of the Jewish Hands blog wrote on Tuesday. ""One would think that other patriots, at least those that are somewhat similar as a group, would come to their defences. But it doesn't happen."