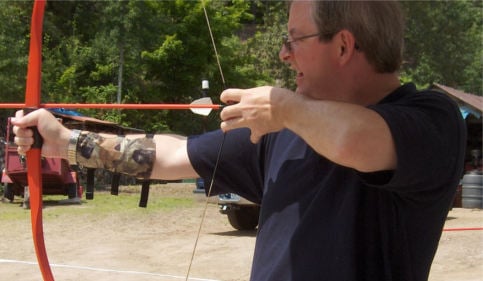 This is not the archer who has been arrested - Digi D/Flickr
According to a witness, the 40-year-old man, who was sitting in a bus shelter, raised his bow, took aim and fired, with the arrow then thwacking into a telegraph pole behind the spot where the supposed target was walking.
“He is suspected of having aimed at a man with a baby,” Sylvia Myklebust, a lawyer with the Hordaland police, confirmed. The incident took place in Åsane, just outside Bergen, on Monday afternoon.
The man is now being held by Bergen police, after being charged with carrying a knife in a public place.  Police have so far been unable to track down the man pushing the pram.