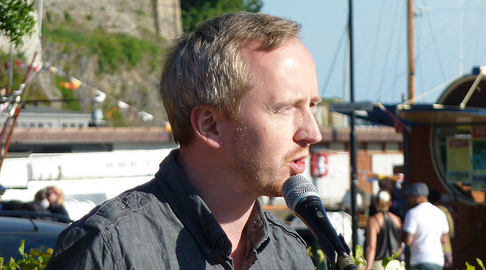 Rune Berglund Steen - Greggery Peccary
"We have a high threshold for going to the police," Rune Berglund Steen from the centre told Norway's TV2 channel. "There should be nearly total freedom of expression. But fantasies about the slaughter of children, whether they're Jewish or otherwise, will be reported."
The blog, named 'The Internet's Darkest Corner", celebrates the mass murder by Anders Breivik of 69 people, most of them under 18, on the island of Utøya in 20122.
"I was never genuinely sorry after 22 July," the anonymous blogger writes. "At least not for the alleged loss of some insufferable Marxist children"
The blogger also claims that "the hour of vengeance is near" for Jewish people.
"The Jews' hands are drenched in blood and the hour of vengeance is near," the blogger writes. "We simply have to keep a cool head and be mentally prepared. It's going to be ugly. Very ugly."
"The Jews cannot exterminate us whites if they do it on their own. The plan is to use the primitive hordes of Africa as a weapon," he adds.
In the final post on November 22nd, the blogger announced he was closing the blog down, posting a picture of the US action film star Charles Bronson.
"It is with a heavy mind that Charles closes this blog now because of the government's persecution of truth-tellers and independent thinkers."