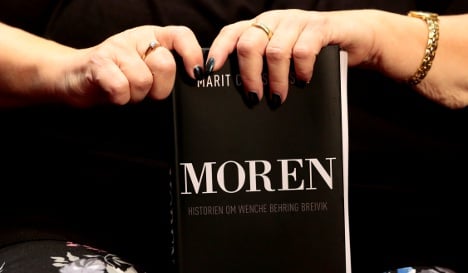 "Mother: the Story of Wenche Behring Breivik", by Marit Christensen, was released ahead of schedule Thursday, side-stepping a threatened legal injunction to stop its publication.

Jens Breivik is described in the book as a "domestic tyrant", according to Norwegian Daily Dagbladet.

Speaking to Norwegian radio station P4, Breivik said the description of him in the book was fictional, and stressed that the author did not contact him while she was writing and researching the book.

"It's completely made up," he said. "Almost nothing is rooted in reality."

Norwegian bookshops have reported strong demand for the book with long queues forming outside many outlets.

Anders Behring Breivik was sentenced to 21 years in jail for the murders of 77 people, many of them children, in Oslo and on the island of Utøya on July 22nd 2011.

Both Jens Breivik and his former wife are controversial figures in Norway.

When told that his son had massacred people in cold blood, Breivik, a former diplomat who lives in France, told reporters that Anders had ruined his plans for a peaceful retirement.

The marriage ended when the couple's son was only one year old, and Norwegian social services recommended that the boy be taken into care at the age of four due to his mother's mental health problems.

Wenche Behring Breivik was due to speak at her son's trial, but pulled out at the last minute.

She initially consented to publication of the book, granting the author several interviews, but she withdrew her consent shortly before she died in March, claiming that she had been tricked and coerced.

Lawyers acting for her estate were expected to announce Friday whether they plan to sue the publisher Aschehoug for releasing the book against their client's wishes.