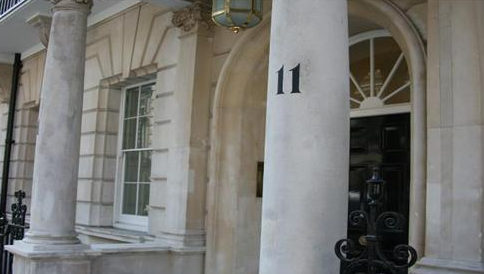 The Legatum Institute in London
The country leapt five places in the index's Entrepreneurship and Opportunity category, after it saw rapid development in internet bandwidth and per capita mobile phone ownership. But it saw a worsening performance in the safety and security category, dropping four places to sixth place.
"Since the inaugural Legatum Prosperity Index, the world has seen a continuous increase in prosperity with citizens in many countries experiencing improving wealth and wellbeing," Jeffrey Gedmin, President and CEO of the Legatum Institute said. “But we cannot afford to be complacent. Issues of war, governance and personal  freedom continue to dog the Middle East and parts of Africa. Leading nations are not exempt."
Switzerland, was followed by Canada, Sweden, New Zealand, and Denmark in third, fourth, fifth and sixth place respectively.
The list of 142 countries are ranked a combination of factors, including countries' economies, the public sector, entrepreneurship, health, safety, personal freedom and social capital.
Both the UK and the US saw their performance decline, with the former dropping two places to 16th place, and the  latter dropping four places to 11th place.
The Legatum Institute is funded by the New Zealand billionaire investor Christopher Chandler.