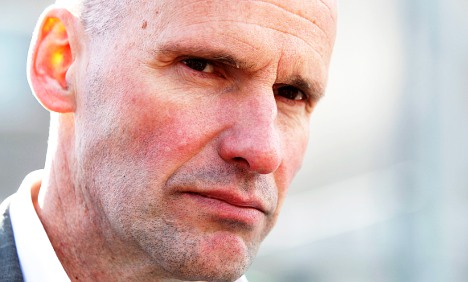 Geir Lippestad - Haakon Mosvold Larsen
Lippestad called on the Norwegian police and foreign ministry to support the father, who is now on the Turkish border with Syria trying to find his daughters.
"Two young girls are missing in a dangerous area. He is alone in a dangerous area and it would help to have a contact in Turkey, either from the Norwegian police, or from UD [the foreign ministry]," Lippestad told Norwegian state broadcaster NRK.
Lippestad told NRK that his initial contact with Norwegian police had been positive. He said he would contact the foreign ministry on Monday.
"It would be incredibly sad if the Norwegian authorities did not take this matter extremely seriously, so that it can come to a good resolution," Lippestad said. "It would be very sad if we found that two young girls had been inured, or perhaps something even worse."
The father of the two girls received an email the week before last informing them that they were going to Syria to fight with Islamist rebel groups to depose the regime of President Bashar al Assad.
He then spoke to the eldest daughter on the phone last week.
He believes they still remain in Turkey's Hatay province on the border with Syria.